So here we are. Another week and no closer to 0.49 it seems than the last. With that said, the developers are hard at work crushing major bugs as well as stomping the hell out of some cheats us Chernarusians have grown to hate.

Server/Character force re-initialization as well as rapid micro player location updates (slide/glide teleporting) are on the menu for removal. I for one am very pleased to read this. My personal experience of late has been tainted with hackers. So any news on this front is appealing.

Senchi (Lead World Designer), has released a rough guide for the northern expansion. To start, we now have a definitive answer as to where the Balota military spoils will be moved to. Being a seasoned mod player my guess was Stary Sobor. I couldn’t have been more wrong. The plan is an entirely new military base northwest of NWAF. Honestly, Tisy Military Base looks like it is going to dwarf NWAF in comparison. 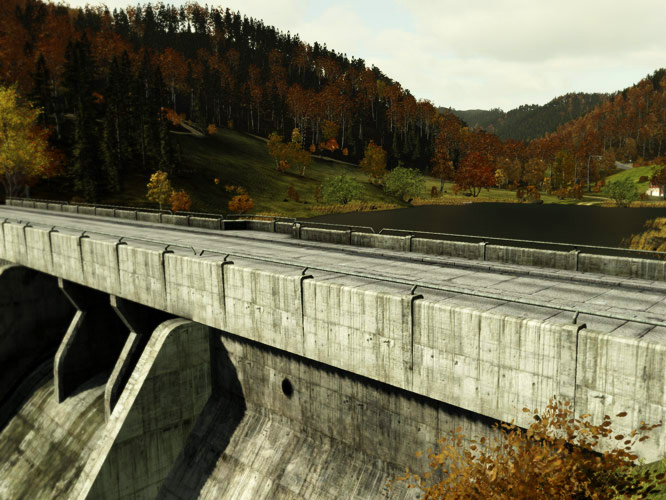 Interestingly enough, I was recently reading how folks on reddit were missing Pobeda Dam. Apparently, Pobeda Dam is coming back but at a new location, right below Torovo!

The area called ‘mine’ above he new location Kamensk is definitely a point of interest. Our research teams love to discover new and exciting locations, especially caves. Naturally, we are more than interested to see what they have planned for this area. There is another area called Lysaya Gora, new castle perhaps?

Once the northern corridor is set in stone, the original layout of Chernarus towns and villages will be renovated to the tune of what a post-apocolyptic world should look like. Expect additional buildings as well as tweaks to existing structures.

This Friday will showcase the first in a series of weekly live developer streams. This stream will play live at 18:00 GMT +2 via twitch.tv/dayz. There will be some Q&A during this time so drop on by and check it out. I’ll definitely be there.

For those of you that hunt UH-60 crash sites, make way for some diversity with the Mi-8.

Now that we are on the subject of hunting, snare traps are making their way onto the playing field. Rabbits will surely be on the menu.

The new advanced weather system will definitely have a major impact on play style. For anyone and everyone moving from point A to point B, having a mercury thermometer is a must. Currently, hyperthermia and hypothermia are a death sentence in the experimental branch. Naturally this is being tweeked. Nonetheless it is a loud and clear consequence of things to come.

Soundbytes for doors are now live in the experimental branch. No more getting snuck up on when inside a building. The development team are cleaning and redoing configurations for all doors making them easier to interact with.

This can only mean that barricading will be here sooner than later. Locking/unlocking doors with lockpicks as well as implementation of padlocks and combination locks are on the horizon.

“Later the wooden planks, nails and other material come to use in combination with tools which gain other purpose aside from melee only.”

Have you noticed clipping with certain character models and clothing? Well, get ready for a new base body type that is 10% more slender then before. This will also give us an authentic feeeling of a player surviving the harsh environment of Chernarus.

“Friends, I am happy to report that we have officially begun working on the art for our first vehicle. Until this point, our working prototype has been an old vehicle from ArmA2 but now, we are working on a brand-new V3S with many of its components (i.e. wheels, doors, etc…) separated into different meshes to work in a similar manner as weapon attachments.”

Lastly, I would like to mention some new additions that have come to our attention. Plans for cassette players, 55-gal drums, arming/disarming animations, finalization of new controls, as well as the reprogramming of desync issues caught me eye. I for one am pretty sick and tired of my FPS getting cut in half with lag spikes every 5-6 seconds. Hopefully, this will be remedied in 0.49.

Thanks again for stopping by and we’ll see ya’ll next week!